Running for a school board 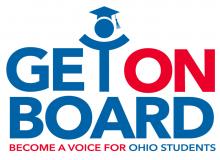 Ohio’s school board members, one of the largest groups of elected officials in the state, are charged with one of the major responsibilities in government — to provide the best educational opportunities possible for the youth of Ohio and to manage and control the political subdivision of the school district. OSBA seeks to raise the profile of boardmanship and encourage high-caliber candidates to run for office.

Board members make decisions on a wide range of issues, such as hiring and evaluating a superintendent and treasurer; setting district policy; planning student services; goal-setting and long-range planning; adopting curriculum; establishing budgets; engaging parents; being good fiscal stewards; acting in the best interest of the school district and within the scope of their legal authority; and creating community relations programs. A board member should be a skilled decision-maker. However, decisions are only made by the board as a whole at a public meeting.

Another important part of the board’s work is its public relations role. School board members help build public support and understanding of public education and lead the public in demanding quality education. The school board serves as a link between its schools and the public.

Board member responsibilities
The role and function of board members often are misinterpreted by the public. The board is a policymaking body and members are the chief advisors to the superintendent on community attitudes. Board members do not manage the day-to-day operations of a school district; they see to it that the system is managed well by professional administrators.

In reality, there are about as many philosophical theories about boardmanship as there are board members. However, there are some acceptable guidelines. Members must recognize that seldom do two persons react to the same problem in an identical manner, so flexibility is necessary.

As a start, the following guidelines are offered. A good board member:
• Knows that he or she can legally act as a board member only when the board of education is in session. No one person, unless authorized, should speak on behalf of the board.
• Avoids administrative decisions or attempts to second-guess the administration. The superintendent is the chief administrator and the board has no administrative function.
• Is well acquainted with school policies.
• Should vote at all times in the best interests of the children of the school district.
• Is flexible and realizes there are times when changes must be made, when tradition cannot be honored and when pressure must be ignored.
• Remembers that board business often requires confidentiality, especially in processes involving students, personnel, land acquisition, negotiations and security.
• Is interested in obtaining facts, but also remembers that the administration has responsibility for operating the schools, rather than spending all its time making reports to an individual board member.
• Is a good listener at board meetings, on the street corner, in the community or anywhere else approached, but never commits himself or herself, the board or the administration.
• Knows that the reputation of the entire school district is reflected in his or her behavior and attitude.
• Is able to support a decision when it is made.

There are conflicts of interest which all board members must be aware of so as not to jeopardize their reputation or that of the school district. In addition to actions and relationships prohibited by school statutes, other prohibitions are set out in criminal statutes and statutes enforced by the Ohio Ethics Commission. Please note that these statutes need to be read together. Even though under one statute there may not be a conflict, there could be a conflict under another.

Among the statutory prohibitions are:
•No member shall have, directly or indirectly, any pecuniary interest in any contract of the board or be employed for compensation by the board of which he or she is a member (Ohio Revised Code Section (RC) 3313.33).
• No member of a school board may knowingly authorize or employ the authority or influence of his or her office to secure authorization of any public contract in which he or she, a member of his or her family or any of his or her business associates have an interest (RC 2921.42).
• No board member may use or authorize the use of the authority or influence of his or her office to secure anything of value, or the promise of anything of value, to himself or herself, or solicit or accept anything of value that is of such a character as to manifest a substantial and improper influence upon him or her with respect to his or her duties (RC 102.03).

The above listing is neither all-inclusive nor does it list the many exceptions to these rules. They also are subject to interpretation by the courts, Ohio attorney general’s office and Ohio Ethics Commission. If you think that you may have a potential conflict of interest, please check with your district counsel, county prosecutor, city law director or the Ohio Ethics Commission at (614) 466-7090.

Compatibility of public offices and positions

If you already are a public employee or officeholder, a position on a board of education may be incompatible with your current position. Before seeking election, potential candidates should make certain they are eligible to serve. An index of compatibility of offices opinions is available on the Ohio attorney general’s website. Contact the Ohio attorney general at (800) 282-0515 or OSBA for more information.

You’ve now had the opportunity to review what a board member does, characteristics of good board members, eligibility requirements and potential conflicts of interest. Still interested? If so, the following section will give you the legal requirements for getting nominated and campaigning.

Candidates may obtain the petition forms and discuss questions about filing with their county board of elections or the Ohio secretary of state.

After filing your petition, it’s time to begin gathering support. Candidates for boards of education must comply with all requirements for political campaigns. For instance, you must periodically file an itemized statement of campaign contributions and expenditures. Also, most campaign advertising must include a disclaimer comprised of the phrase “paid for by” followed by the name of the candidate’s campaign committee (RC 3517.20). For further information on campaign laws, contact your county board of elections or the Ohio secretary of state (elections section) at (614) 466-2585 or visit www.sos.state.oh.us.

Members are elected on a nonpartisan ballot on the first Tuesday following the first Monday in November in odd-numbered years. The term of office is four years, although in certain instances, two-year terms must be filled to complete an unexpired term. Your term begins on the first day of January after the election and expires on Dec. 31. Most boards of education have five members; however, some larger districts have seven. Two members (or four on a seven-member board) are elected at one general election and three members are elected at a general election two years later.

Plan to attend a Board Candidate Workshop

OSBA will be conducting five Board Candidate Workshops in August and September 2019. Veteran staff will lead candidates through a concise and valuable program to help them better understand the everyday roles and responsibilities of school board members and the legal aspects of being a board member. Watch for more information in early 2019.

What is the Ohio School Boards Association?

The Ohio School Boards Association (OSBA) was founded in 1955 to serve the needs of the state’s local boards of education. The non-partisan, not-for-profit association’s mission is to lead the way to educational excellence by serving Ohio’s public school board members and the diverse districts they represent through superior service, unwavering advocacy and creative solutions.

OSBA is an association of member boards of education. Members have a wide range of services available to them, including training, advocacy, legal assistance, administrator searches, negotiation assistance, transportation consulting and policy development, among others. 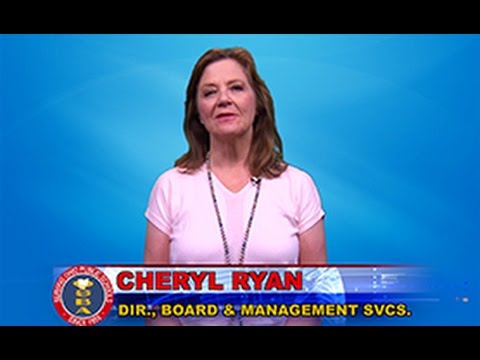